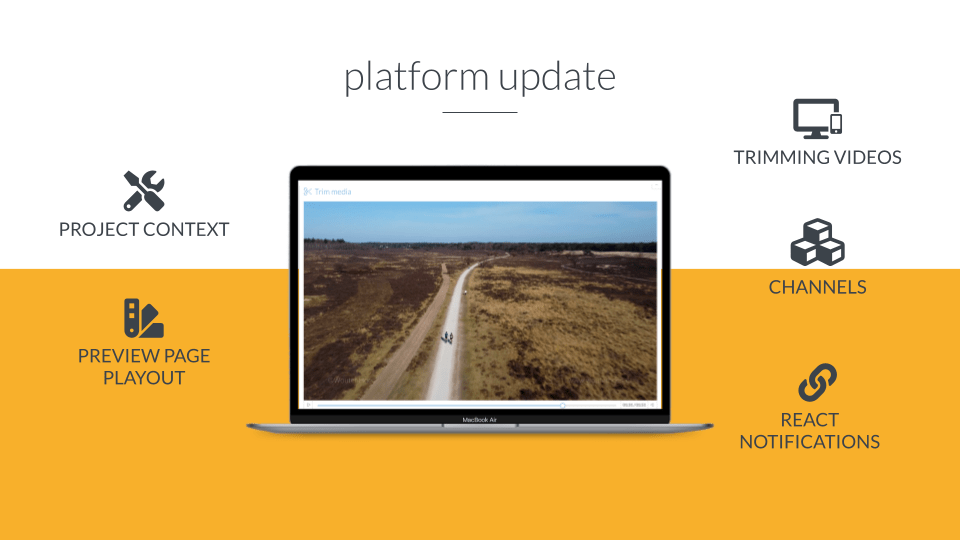 Read this update to learn about the most important new features and improvements to the Online Video Platform. See the full release notes here.

Using context in an interactive video is helpful in multiple situations. For example:

Context for Projects not only speeds up the work process, because there are less manual actions needed, but more importantly it keeps projects organised and shows overarching analytics. This way, you don’t only see the metrics for the project as a whole, but also for each individual context.

Trim your videos down to the exact frame directly in the platform. Simply navigate to the desired media clip and click on "Trim" in the Resources tab. For example, quickly slice  longer form videos into multiple, short, snackable clips, or trim off a slightly too long fade out at the end. Trimming allows two options: to replace an existing video with a shorter version or to save the trimmed piece as a new clip. 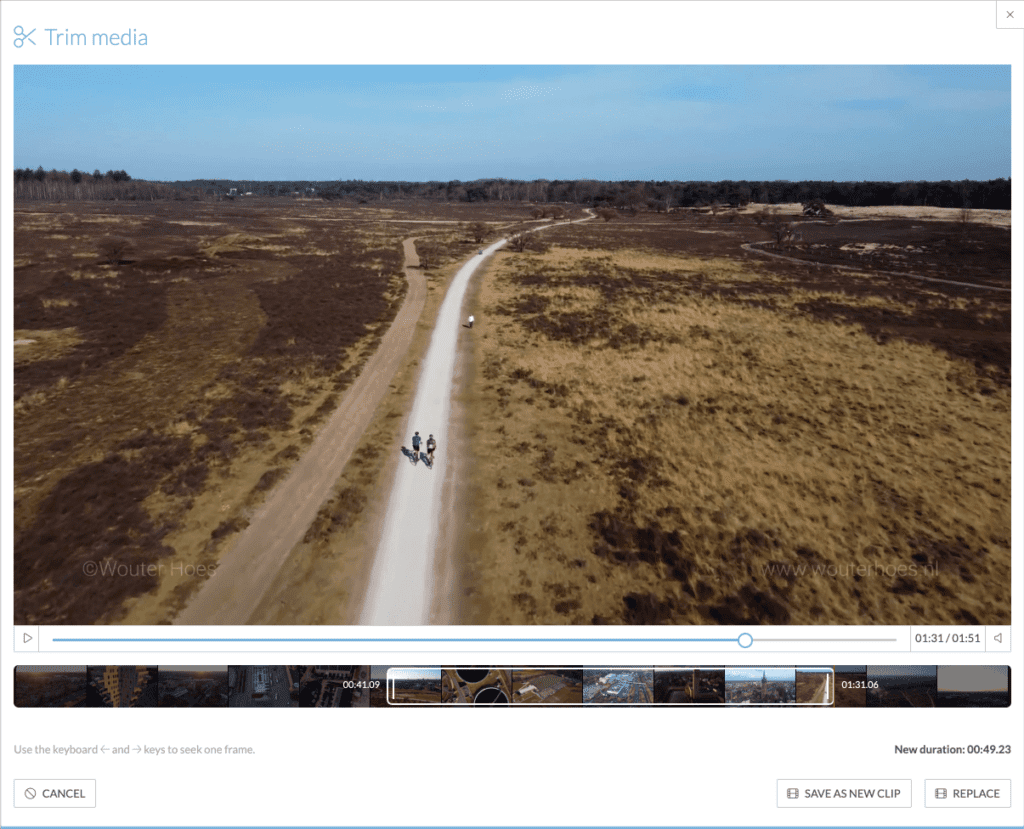 The Channels feature has been updated. It’s now possible to add both media clips and projects to your playlists and consequently to your Channels. There’s also the option to use individual videos to build up your Channel, without it having to be a playlist. This can be a media clip, but also a project or livestream. For example, use a livestream as a central point to build your Channel around.

The Interactive Studio has a new preview page for interactive projects. This page allows you to set the playout and lets you reset the interactivity to the default. This makes it easier to test whether interactive videos work properly. It also offers a practical way to quickly test a video in various playouts.

When using React to collect feedback for your videos, you can now sign up for email notifications to stay informed about the latest developments. You’ll receive a notification when someone else has left a comment or when someone has resolved your comment.