To autoplay or not to autoplay?

That's the question! Over the past few years autoplay has become more and more popular. However, when does autoplay lead to  the viewer feeling annoyed and when does it benefit your desired goals? Keep reading to find out!

What is video autoplay?

Autoplay is described as the automatic playback of content. Autoplay works both with or without sound (muted). Also, advanced Online Video Platforms provide multiple variations that can be applied within autoplay. For example, you can choose to only autoplay video's if the browser allows to play those video's with sound. In addition, there are options regarding autoplay loops, in-view action, mouseover autoplay and playback after the video is clicked.

Arguments in favor of autoplay

There are few things more effective to grab a viewers attention than a video that starts playing automatically. The chances of a viewer reacting to your video is therefore high, but it might not be the reaction you are hoping for.

An obvious result of autoplaying your video is that there will be a significant increase in the number of plays. Not only will this increase your chances of having viewers watch your video, it will also increase the chance of your content reaching a larger audience. Both conveying a message and arousing interest are general conversion goals to which autoplay can contribute.

According to Fast Company Facebook users actually seem to like autoplay. The company refers to Adobe's Q1 2014 Social Intelligence Report, which showed the effects of the very first quarter that Facebook started using autoplay. The research shows that "Facebook users were 25% more involved with videos (i.e. liked, reacted or shared) when compared to the previous quarter".

Imagine scrolling through your social media feed at work and a video unexpectedly starts playing with loud audio. Your first reaction is to exit the page in the hope that no one has heard it.

Autoplay can trigger resistance from viewers, which can cause them to exit the page they were visiting. A thing worth noting is that it can be especially unpleasant when a video that autoplays contains sensitive or explicit content. For these types of video the rule of thumb is not to use autoplay. However, in the section below you can read that this does not always apply. This leads to the most important recommendation: always test your videos.

“Are you experiencing problems with gambling, drugs or sex?” This is the intro for a video from an American addiction clinic. The video was set to autoplay and as soon as someone visited the website, the video started playing with the audio on and a presenter on screen asking this question. To investigate the effect of autoplay, the video was no longer set to autoplay and only started playing when a viewer actively requested it. The result: a 5-10% decrease in the number of conversions (Source: Brian Massey, founder of Conversion Sciences). Although you would expect automatic playback to be unsuccessful here, this was not supported by the data. In other words: as a guideline, do not use autoplay for sensitive content, but always test to see if this guideline applies to your content.

Autoplay (with sound) can especially trigger resistance if it’s unexpected. On the other hand, an autoplay video can be considered helpful when a viewer anticipates the video, such as when the viewer clicks on the video in an email or on a special landing page. In this situation, autoplay ensures that there is no need to click again to play the video and helps the user get to the content quicker.

It’s also important to take into account that using autoplay increases the loading time of your page. Depending on the other content on your page this does not have to be a problem, but it can affect your SEO and is something you should consider.

The most effective way to use autoplay

As mentioned before, there is a chance that autoplay triggers resistance in the viewer. To get the most out of autoplay, you can do several things.

Allow viewers to pause the video

As previously mentioned, it is important to keep people's initial reaction as positive as possible. It can therefore be counterproductive when a viewer does not expect the video to autoplay, and doesn’t have the possibility to pause it.

With autoplay videos it is important to grab the viewer's attention as soon as possible. In general you could say that this applies to every video, but with Autoplay this becomes even more important because they play unprompted.

Currently, in most browsers and for most devices,  muting the sound for autoplay is the default. Autoplay videos that are muted depend on subtitles or clear visuals. This allows  your viewers to understand your video even when it’s muted.

Keep in mind the different browsers and their autoplay policies

It varies how different browsers deal with autoplay videos with sound, so whether an autoplay video works or not will vary per viewer and means that there is always the possibility of your video not being able to autoplay. That is why it’s important that you create a good thumbnail for your video.

Even with some browsers not allowing autoplay, most do give their users the option to whitelist.  A 'white list' is a list of IP addresses or servers from which the playback of autoplay videos is always accepted.

Take a look at the overview below to see how specific browsers currently deal with autoplay.

Muted autoplay is always permitted. Autoplay with sound is only permitted if:

Muted autoplay is always permitted. Autoplay with sound is only permitted if the user has interacted with the domain (such as clicking or pressing buttons).

Muted autoplay is always permitted. Firefox has the default to block autoplay videos with sound. Autoplay with sound is only allowed if the user has interacted with the domain (such as clicking or pressing buttons).

Microsoft IE11 permits autoplay as a default. Since there are no built-in settings for this, it’s difficult for users to adjust (limit or block) these settings themselves. This is where Microsoft IE11 differs from its successor Microsoft Edge.

Microsoft Edge allows users to personalise their browser preferences on websites that use autoplay videos with sound. Users can choose whether to allow, limit, or block autoplay. In addition to this general setting, users can choose to customise settings for a specific website. Settings per website take precedence over the general settings. Unlike many other browsers, Microsoft Edge's default setting is to allow autoplay when a user does not set any preferences for it.

For mobile devices, such as Apple iPhones, Apple iPads, most Android and Microsoft devices, autoplay is rarely or never permitted. Therefore, assume that autoplay will not be possible on these mobile devices.

Regardless of the browser and the device, the challenge with all your videos is to design your content in such a way that a ‘disturbing’ experience is kept to a minimum. This increases the chance that viewers will watch your video the moment it starts playing unexpectedly, with or without sound.

Autoplay can cause irritation as well as a positive feeling of surprise. The choices you make regarding content, sound and the first few seconds of your videos will be crucial for what effect they will have on your viewers. Make sure you make conscious choices to achieve the desired effect.

Lonneke works as a video consultant. As a graduated psychologist with a major in social psychology, she is passionate about behavioral and emotional influence. When she's not in the office, she enjoys being creative. Her guilty pleasures include watching cringy tv-shows and cute animal videos.

Avoid these 5 mistakes to create the perfect video thumbnail

Avoid these 5 mistakes to create the perfect video thumbnail

By Eva HekmanJune 14, 2018video engagement, video marketing, video seo
Everyone is familiar with the phrase: "don't judge a book by its cover". But we are all guilty of doing this sometimes. The saying also applies to online videos.

By Eva HekmanFebruary 23, 2018video marketing, video metadata, video seo
Video SEO optimization gives your videos a higher chance of making it to the top of search engine results. Think of factors such as: the right thumbnail, subtitles and complete metadata. Use the following checklist and take the first steps to improve your video SEO. 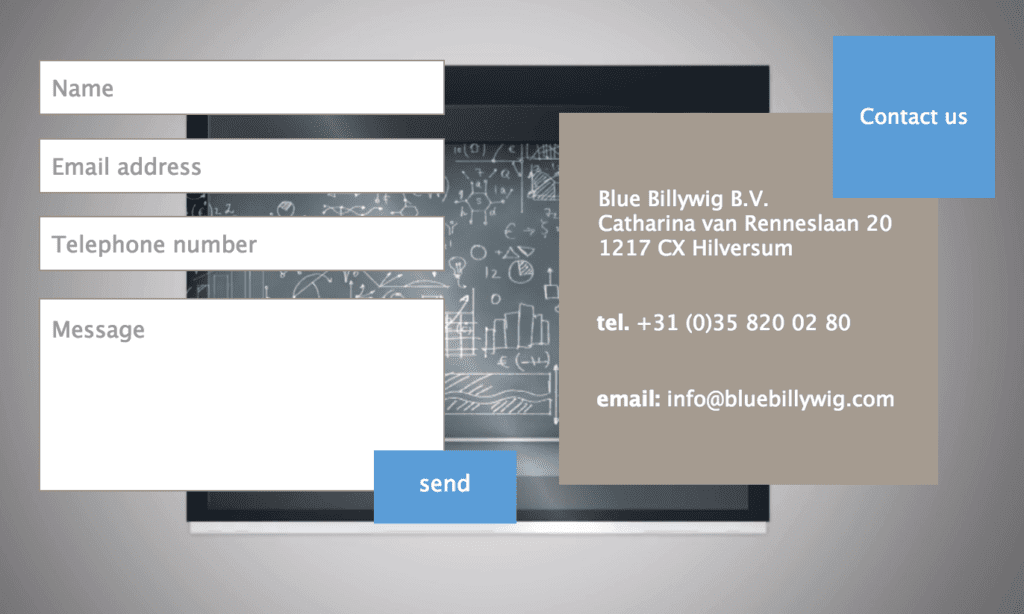 Empowering premium publishers since 2006. Contact us today to join and get started.