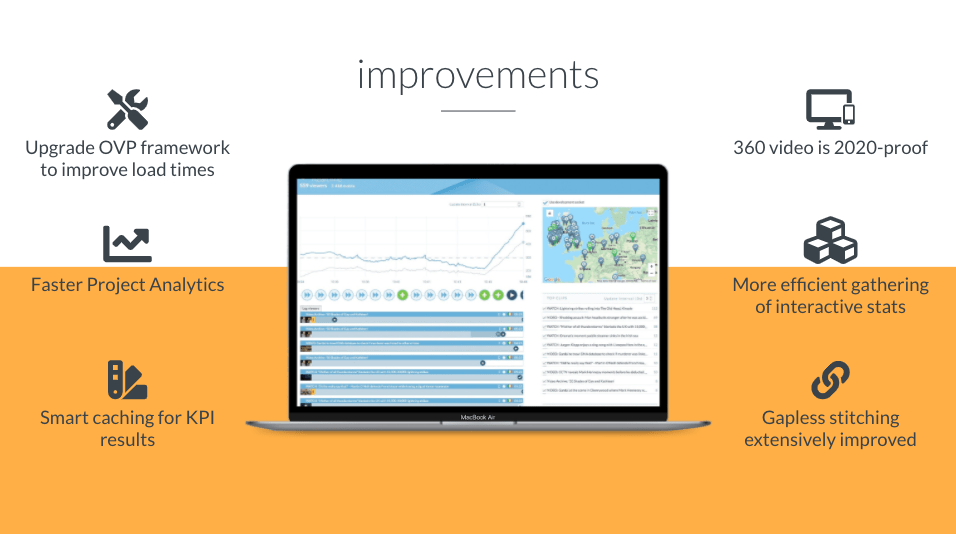 Every other week on a Monday, the entire office gathers for a product demo where the product team talks us through what they’ve developed in the last sprint. It's an exciting time that feels like Christmas morning to us!

The product demos in the last quarter had a different goal in mind than usual. To understand why, we have to take a look at how our development team works and what their focus was for this quarter.

Working as a SCRUM team, our developers work in two-week sprints, and after each sprint, a new version of the platform is released. Our developers are used to working with time-boxed, common goals where normally the focus is on developing and adding new features, and innovating to push the player to the forefront of the market. This quarter, however, mainly focused on ways to improve player reliability, speed, efficiency, and taking steps to ensure that our Online Video Platform is future-proof.

As you might imagine, improved speed isn’t as flashy or exciting as a new feature, which led to a lot of demo's where the product owner told us what they had improved, rather than being able to show us. That's also the reason why there hasn't been any communication on this up until now. We feel confident that clients will benefit majorly from these improvements and think it’s important to pull back the curtain and show you what’s been going on behind the scenes.

For those who are interested in a little bit more detail, a list of some of the improvements can be found below.